Leicester’s Curve is a vibrant, contemporary producing theatre which presents a bold and diverse selection of musicals, plays, new works, dance and opera. Located in the heart of Leicester’s cultural quarter, their mix of performance, local community engagement, artist development and learning initiatives makes them a model for 21st-century theatre.

Curve is a long-standing Autograph client and, in common with many UK performance facilities, their wireless microphone usage was affected by the two Ofcom clearances that reduced the wireless frequency spectrum available to PMSE (Programme Making & Special Events) users. The theatre’s technical staff had been in conversation with Autograph since the second clearance phase and were keen to access the company’s unique repository of wireless microphone knowledge. Adam Broom, Project and Installations Manager, takes up the story:

“Curve’s technical staff were interested to know what we were using in our own rental inventory and to get our opinions of the various alternatives. They’d already used Sennheiser 6000 series on shows touring through the theatre and had become familiar with the Sennheiser systems based on other in-house stock as well as the 3000 series that had been in use for 10 years. They requested a demo of other equipment to help narrow down what they wanted from a new system.” 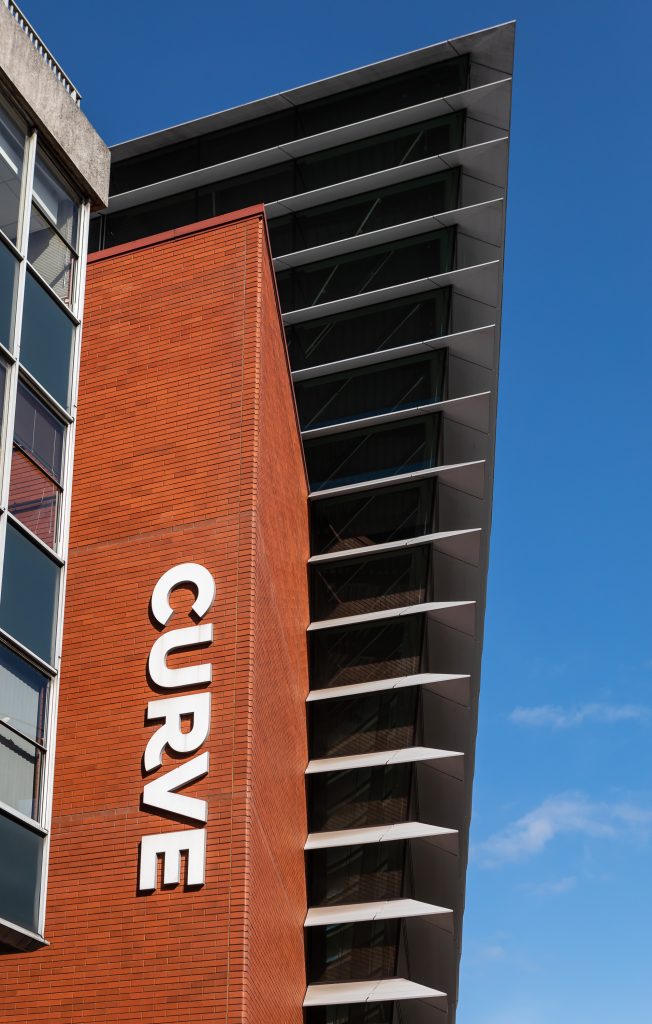 “Autograph has been at the forefront of wireless use in theatre for decades and, of course, that experience gives us the technical understanding that theatres and performance venues like Curve need to assist their choice. After the demo, we were able to not only make recommendations based on our own work but also to create a totally bespoke configuration that suited their various applications perfectly.”

Adam continues, “We subsequently supplied 32 channels of Sennheiser’s Digital 6000-series, ready-built into one 16-way and two 8-way racks, all complete with custom-made panel work for AES and analogue outputs plus data and antennae patching, plus internal power distribution on each. Curve use several spaces within the building for performances and that configuration allows maximum flexibility for local or touring use without having to alter the racks at all – they are effectively three standalone ‘plug and play’ wireless setups which can be used separately or in any combination.”

‘We actually supplied the Dante-enabled version of the 6000-series receivers, plus a number of Cisco switchers, which gives the technicians the choice of using analogue, AES or Dante connections from the receivers depending on how they want to configure a specific show or event. The theatre also uses a separate matrix mixer to route the AES feeds from the receivers to their DiGiCo consoles, which allows re-patching to be done digitally, even on the fly if necessary. The other advantage of the Dante option is that it enables Wavetool (a professional wireless monitoring and listening software) to show a whole range of real-time data for all systems on the network.” 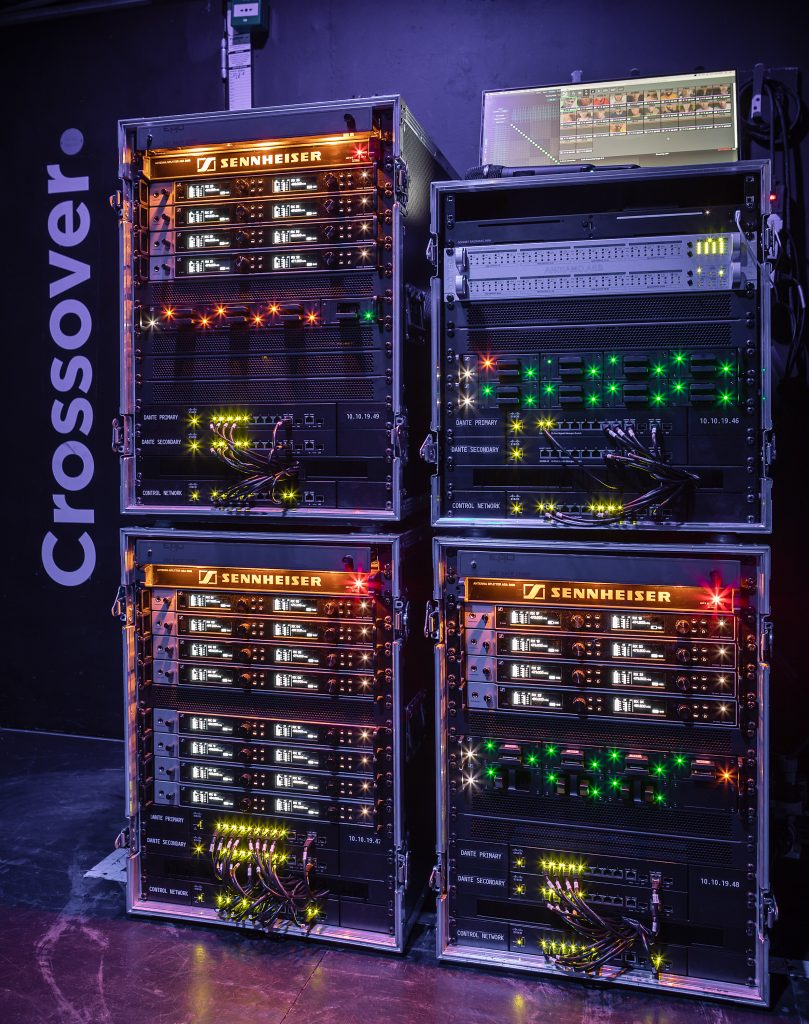 “The new systems went straight into use for Curve’s Christmas production A Chorus Line and, by all accounts, it was a great success. The 6000-series’ use of reliable, rechargeable battery packs, whose status can be constantly monitored, is also a real winner – partly because ultimately it saves a fortune on disposable cells but also because it’s a much greener and more sustainable way of powering bodypack transmitters that are in constant use.”

Dave Norton, Head of Sound & Video at Curve, summarises the project: “We are really happy to be working with Sennheiser’s 6000 series system and are extremely pleased with how Autograph have delivered this project. It was great to be working with Adam and the team again.”

“Based around the number of ways sacrificed with the 700Mhz clearance, the spec of the replacement system had to satisfy a number of factors, namely the flexible nature of the work we do at Curve with multiple venues, the different I/O options we use across those spaces and looking to the future – sustainability, utilising equipment retained from the Ofcom clearance and moving away from disposable batteries.” 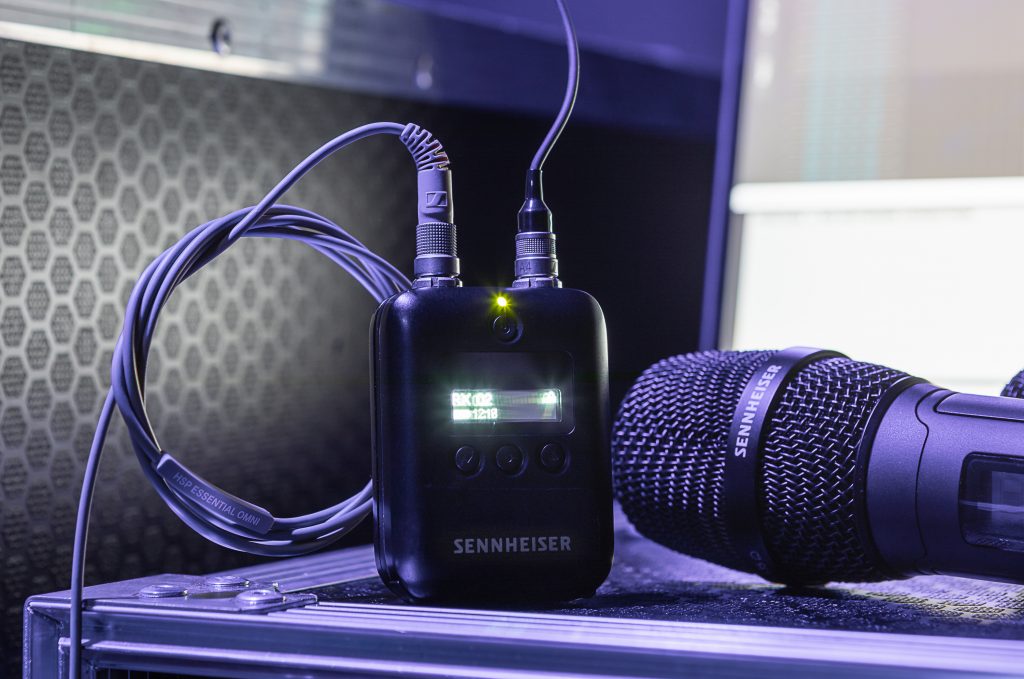 “We have used Sennheiser at Curve since we opened and once we took into consideration the familiar user interface of WSM, bodypack form and size with the SK6212 packs and incredible battery life it became an easy choice to stick with Sennheiser. We were even able to use antenna distribution and cases from the old system to make a fully modular interchangeable working system across the spaces which fit perfectly into the brief.”

“Given Autograph’s impeccable reputation and expertise in this field, it was such an easy project to fulfil. We were particularly happy with how the ‘Control Rack’ was designed and managed – a way in which we could monitor and digitally switch receiver outputs to our DiGiCo rack from the Sound No.2 position – something in line with most large-scale touring shows that we see coming through our theatre.”

“When we started using the racks on A Chorus Line we immediately knew we’d made a great purchase and our sound techs had a great time working with the improved system. We also used Sennheiser HSP capsules and were really happy with the quality of sound we ended up with.” 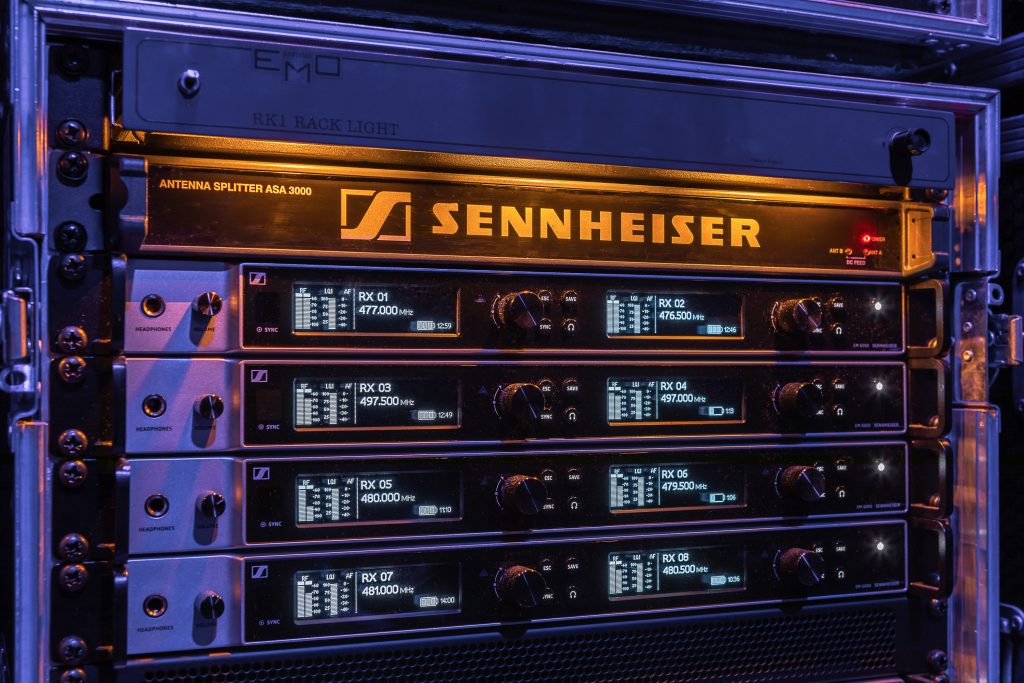