Back to All
Previous

Autograph And Mountview Academy – For The Next Generation

Mountview Academy of Theatre Arts is one of the UK’s leading drama schools, providing specialist vocational training in acting and musical theatre as well as production arts. Their state of the art campus in Peckham, south London, opened in 2018 and includes an enviable array of theatres, meeting rooms, studios and rehearsal facilities where students can study to Foundation, Undergraduate and Postgraduate levels.

For those aspiring to technical roles in theatre, Mountview’s offer an FDA / BA (Hons) Theatre Production Arts course, either as a two-year Foundation Degree (FdA) which provides a fast-track training, or a three-year BA (Hons) course with greater experience and the possibility of design roles. Students with previous experience but wishing to gain a recognised qualification can also undertake a one-year Diploma specialising in sound. 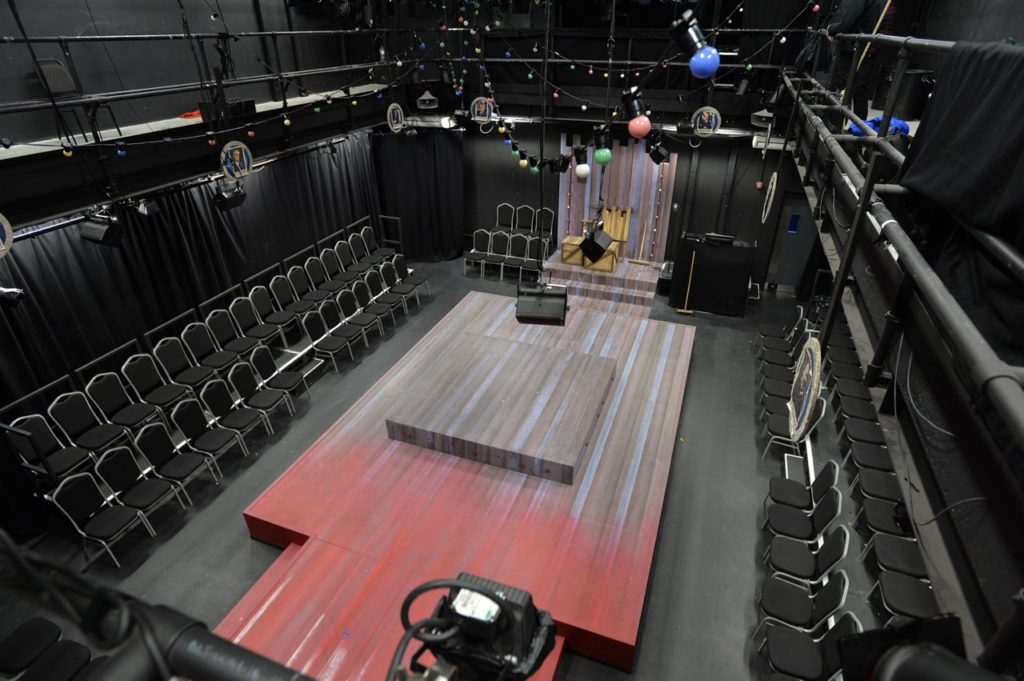 In addition to their work with the next generation of performers and technicians, Mountview also plays an important role in the artistic life of the area, providing creative workspaces, workshop facilities and other community resources specifically to facilitate engagement with its local community. Its training facilities are available to the public on evenings, weekends and holidays with local community groups given discounted rates, all aimed at providing access to arts-based education for all.

Autograph’s Duncan Bell comments, ‘Autograph have been a regular supporter of Mountview for some years but the relationship has developed to reflect and support the Academy’s needs (and those of the employers for whom these students will one day work) for the 21st century. We are seeing an evolving pattern where many educational facilities are radically improving their resources to ensure that the quality of both teaching and key facilities really do prepare students for the real world. Gone are the days of using yesterday’s cast-off, obsolete equipment, as the production values have been raised in all disciplines.’

‘Autograph’s role has expanded to include advising on equipment choices, engaging direct manufacturer support and training. Perhaps more importantly, our facilitation of work placements and specialist workshops in production engineering allows Mountview students to access the technical knowledge, sound design skills and system engineering techniques of some of the industry’s leading names.’

Vocational education clearly relies on access to the right learning tools and Autograph have so far supplied the Academy with a DiGiCo SD10T, loudspeakers from KV2 and EM Acoustics and 24 channels of Sony DWX Digital radio mics, complete with DPA 4061 miniature microphones and further DPA instrument mics to augment their previous inventory.

Mountview’s Head Of Sound And Lighting is Robin Nash, formerly a Senior Sound Tutor at the academy and whose diverse background includes extensive theatre and broadcast audio but also lighting and video.

‘Fundamentally, our ambition here is to produce useful human beings – people who understand the basics, like turning up on time!’ he laughs. ‘From a technical viewpoint, it’s very different now to when I started out, largely because of software like Garage Band that enables music production with not much more than a laptop. Many of the students we meet here are familiar with those things and have achieved good results but they often have no understanding of the basics of sound reproduction, such as signal flow and gain structure.’ 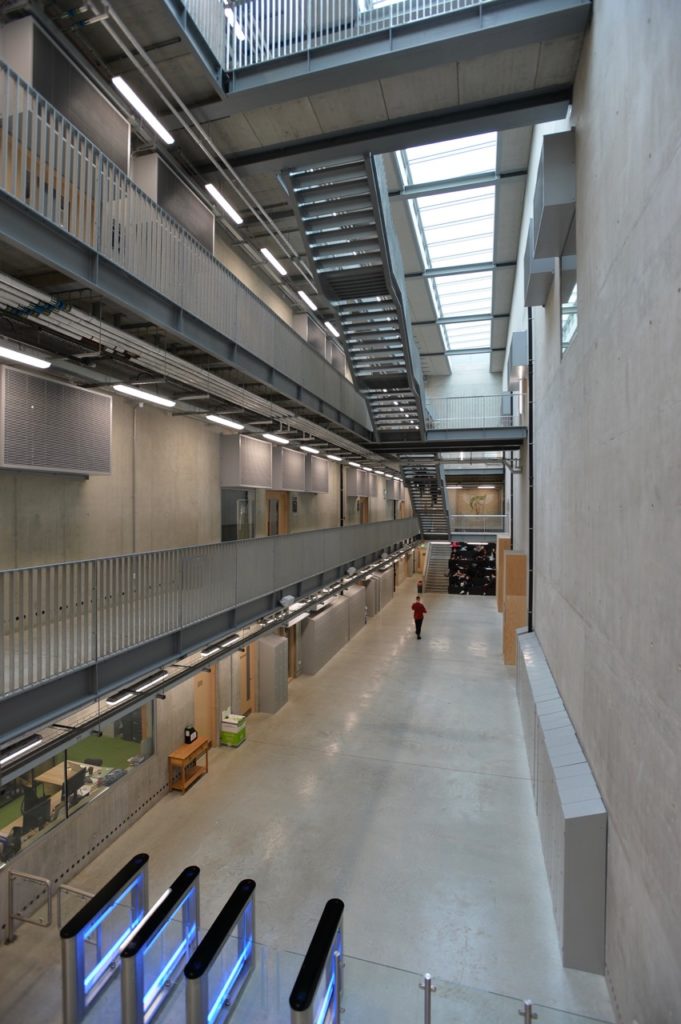 Chatting in his teaching studio, surrounded by iMacs all equipped with QLab, Pro Tools and Logic Pro, he points to a Soundcraft analogue console that occupies one end of the room. ‘This is absolutely the best way to get those basics across to students because everything is laid out right in front of them, it’s one physical control per function and you can always see the status of every input and output at a glance. Our students will be very familiar with professional digital audio mixing from using our DiGiCo digital consoles by the time they graduate, but as an introduction to the basics, this is ideal.’

Nash continues, ‘I really wanted the academy to own as much as possible of its own gear but at the same time, it’s obviously vital that it replicates what students will find when they enter the workplace. Additionally and unlike any of our contemporaries, we run a very intense programme of commercial productions, all of which are crewed by students but for which we employ established West End producers and sound designers who treat these projects exactly as they would any other.’

‘We run 26 shows a year between our 200-capacity main theatre and smaller studio space, with every one presented to professional production values. The only difference is that we have a much longer ratio of rehearsal and tech time to performance, but obviously, that’s because we’re a teaching facility that covers all aspects of performance and technical learning. However, when the curtain goes up the pressure is very real and that’s absolutely invaluable for our students. That approach largely defined our purchasing and being able to access Autograph’s experience and knowledge was so helpful for us.’

So how do students make the leap from learning to earning? ‘Having professional producers and designers working here all the time has another great benefit in that it is a marvellous networking opportunity. These guys are very adept at spotting talent and frequently do – it’s quite commonplace for third-year students to get snapped up and given dep roles in West End shows. For competent and committed individuals this is a very natural route into a full-time career in a number of roles, from stage management to designing, RF tech, PSE and No1, 2 and 3 jobs. For example, one of our current students is now occasionally depping the sound No3 position on ‘Harry Potter And The Cursed Child’ since she was talent-spotted here.’ 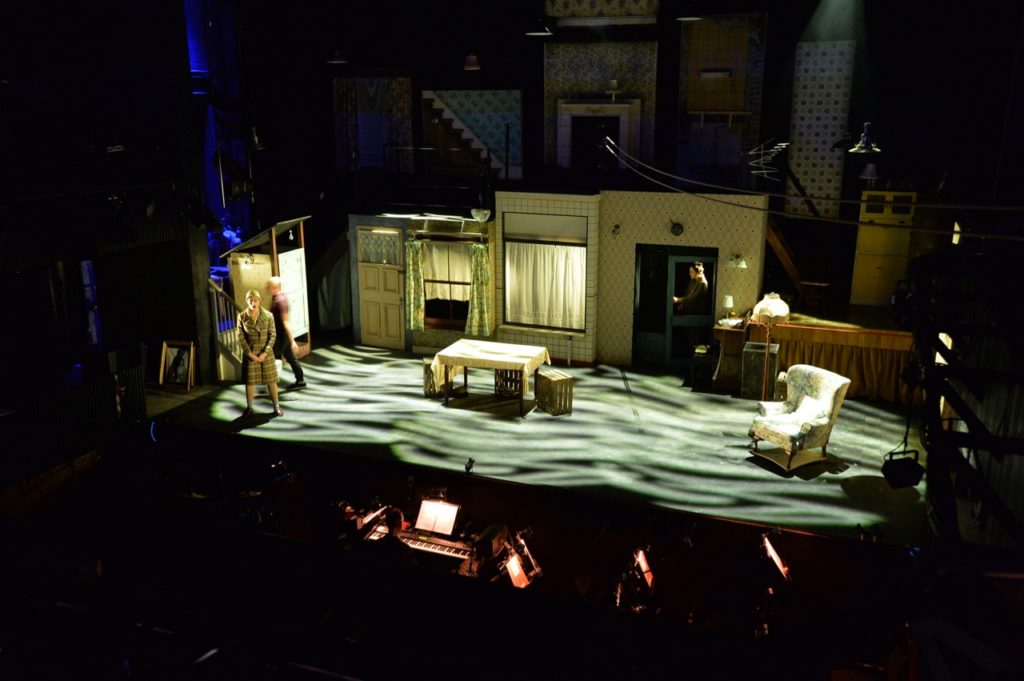 ‘We also run an annual talent showcase somewhere in the West End, at the Cambridge Theatre this year, designed to access theatrical agents and which is another great opportunity to get noticed. I also try to get our tech students into touring productions, simply because it’s a much harsher and less predictable environment and so a better (if steeper) learning curve. Each show is like a fresh installation, unlike an established show which could have been in the same venue for years.’

Nash concludes, ‘There is a massive shortage of talent in the technical production side of theatre and there are jobs ready and waiting for people with not only the technical knowledge but the right attitude. Be competent, be punctual, be committed and you will get a job doing something you love – ultimately that’s the mindset we try to deliver to Mountview students.’

This article originally appeared in the March 2020 issue of Lighting & Sound International magazine and is reproduced here with their kind permission.